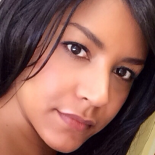 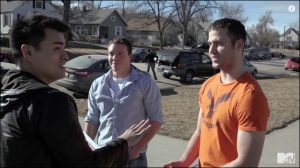 I admit that my curiosity was piqued by the potential of “White People,” a documentary by Jose Antonio Vargas examining how young Americans experience their whiteness. Having spent my teenage years living in a small town that was 96 percent white, I wondered how today’s young white people perceive their own racial identity because in my experience growing up, my friends didn’t seem to ever consider their whiteness unless it was to assert that they personally were wronged when they believed that a person of color was given an opportunity solely because of race — once a white student wrote an article for the school newspaper asserting that people of color were unfairly receiving welfare benefits they didn’t deserve while her family continued to struggle.

High school was years ago, but with racial awareness heightened these days for reasons mostly awful, I settled in to watch “White People” with a genuine engagement. I chuckled a little during the first few minutes as Vargas invites people to talk about “what it means to be young and white,” and is met by his potential subjects with startled, nervous laughter. I was like, “Yeah. This is gonna get real.”

But the realness never materialized, at least not in any way that spoke to my expectations about what this conversation could be. My hope quickly deflated into disappointment at missed opportunities to expose the way whiteness blinds white people to the reality of themselves as people who are, in fact, racialized people too and not just people who have to deal with the nonwhite racial identities of others. A crucial element of the hard conversations that need to happen is more white people recognizing how the supremacist idea of “whiteness” allows white people to always consider themselves as unique individuals and never as a member of a racialized group. This is necessary for unpacking the countless ways that whiteness permeates our culture and has become the default standard for just about everything. While there were some people who talked about white privilege and systemic oppression, there were also comments that were glossed over but that should have been examined critically.

Two examples stand out. (Spoiler alert if you haven’t watched yet.)

The first involves Dakota, a white Southern man who chose to attend an HBCU. Dakota comes across like a nice guy who cares about his Black friends, and wants to help bridge the racial divide between his-all white hometown and Black school. However, when asked by Vargas about the demographics of his hometown, Dakota replies that when he looks around his neighborhood, he doesn’t “really see people of any kind of race” because everyone is white. Well, actually, if he sees white people then he is, in fact, seeing people with a racial identity because race (even if a false construct) is not something that only Black, Asian, Native or Latino people have — white people have race too, but by referring to others as racialized without recognizing that he, too, is a person with race, Dakota falls into the familiar trap of leaning on whiteness as the comfortable default. This was an opportunity to have a richer discussion about what it means to be a young white person who aspires toward an anti-racist outlook, but still struggles to recognize themselves as a racialized person, and all the social and political implications that come with that struggle.

The second example involves Katy, who was convinced that she was denied scholarship money to attend her dream school because some scholarships exist specifically for people of color and that’s The Reason why she can’t afford to enroll. When presented with objective statistics showing that she, as a white person, is disproportionately more likely to receive financial aid than people of color, she says that she feels like “a victim” and that she is being “attacked.” Katy is then lead gently through the remainder of the conversation by Vargas and her friends. This was a textbook example of a white person shutting down the conversation with claims of feeling unsafe by using the language of violence (“victim” and “attacked”) to describe an emotional response to words they don’t like to hear. Why are we always so quick to coddle white people’s hurt feelings during pretty basic conversations about race when people of color are constantly victims of actual, real life violent assaults on their physical and psychological well-being? White people need to remove the words “attacked” and “victim” from their vocabulary in situations like this, because using those words re-centers their feelings as mattering most, when the priority should be on addressing the pain felt by people of color and dismantling white privilege.

Granted, I’m not the intended audience of this documentary, but I’m still left wondering about its potential impact. This is not to say that White People, as a whole, is not worthwhile. If you’re a white person who is unfamiliar with the concept of white privilege and you are looking for a very basic starting point, then there are a few learning moments, even if the treatment is superficial. But for the rest of us, Vargas saying “I’m interested in how you feel” to a bunch of white people doesn’t move the needle far enough. Or at all really. I would like for him to have said instead: “I’m interested in what you as a white person will do now.”

This post (including the awesome graphics and photos) was published originally on Scenarios USA, where I am a new contributor. Scenarios USA is where young people and millennials go to talk about social justice issues, the Internet, culture, film and whatever else is on their mind! Scenarios USA is a national organization that uses writing and film to foster youth leadership, advocacy and self-expression, with a focus on marginalized communities.

This entry was posted on September 5, 2015 by janeewoods and tagged Race Matters, Scenarios USA, Youth Matters.